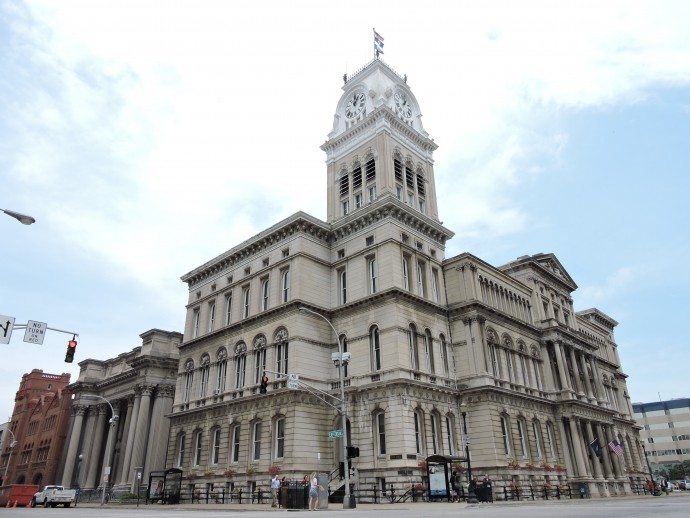 Before the City Hall’s construction, there was no dedicated building for city government, whose officials used space in the county courthouses. The plan was selected by way of a design competition held in 1867 with the winner receiving $500. The contest was won in April 1867 by local architect John Andrewartha and C.S. Mergel. In late summer 1870, the final plans for City Hall construction were made by Andrewartha, who was named managing architect, and architectural firm C.L. Stancliff and Co. The remaining government buildings were demolished before ground was broken on the city hall in 1870. City engineer I.M. St. John was selected by the Lousivlle General Council to supervise the project.
Indiana Limestone, from White River quarries near Salem, Indiana was used. Construction took place between 1870 and 1873 at a final cost of $464,778. The exterior has been renovated several times but remains basically unchanged, while the interior has been completely remodeled several times.