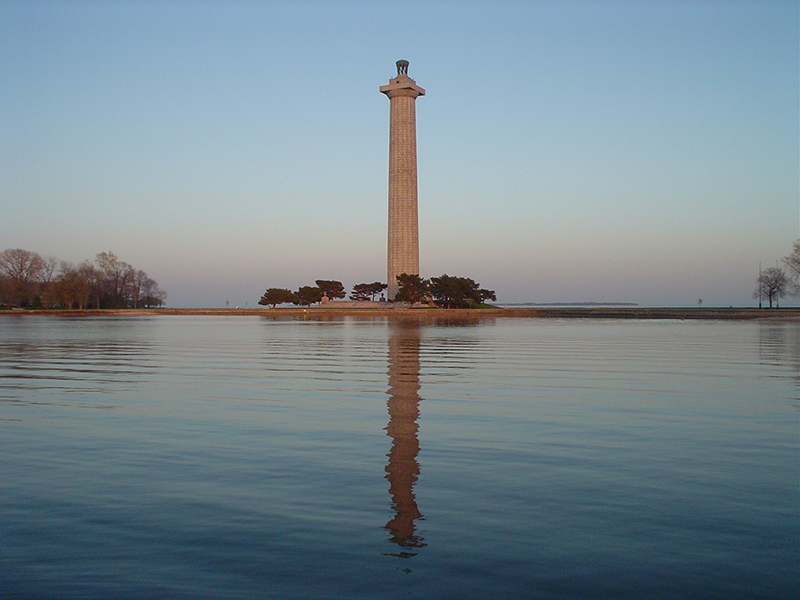 Perry’s Victory & International Peace Memorial was built from 1912-1915 by the John C. Robinson & Sons Construction Co. The memorial was built to commemorate the decisive naval victory of Commodore Oliver Hazard Perry over the British in the Battle of Lake Erie of the War of 1812. Interred beneath the rotunda floor of the monument are the remains of three Americans and three British officers killed in the battle.

The monument was completed at a cost of $480,374.00. The monument’s masonry wall system is a composite design. The exterior is pink granite from Milford, Massachusetts with a cast in place un-reinforced concrete core lined with hard-fired face brick on the interior. The monument is 352 feet tall considered the tallest Roman Doric column in the world. It was declared a national monument on July 4, 1936 by President Franklin D. Roosevelt. The monument is administered by the U.S. Department of the Interior, National Park Service.

The monument has suffered from structural cracking since it’s completion in 1915. The original design of the monument did not accommodate stresses very well. As a result, cracks developed in both the exterior and interior masonry walls due to thermal movement, moisture and freeze thaw cycles. A $450,000 construction project inside the monument during winter 2001-02 represented the park’s first full-scale effort to combat structural cracking. U.S. Heritage Group played a key role in the construction project by preparing custom bedding and repointing mortar for the brick interior repairs.